A. Ben Wagner (public)
JavaScript is disabled for your browser. Some features of this site may not work without it. 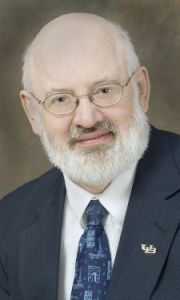 A. Ben Wagner joined the faculty of the University at Buffalo (UB) Science and Engineering Library as Sciences Librarian in June 2001 and received tenure in 2004. In 2011, Ben was promoted to the rank of Librarian. He was the departmental liaison and subject specialist in chemistry and physics for his entire career here at UB from June 2011 until his retirement in May 2018.

Prior to his UB position, Ben had a 26-year career at the Technical Information Center of Occidental Chemical's Technology Department on Grand Island, NY, eventually serving as Team Leader/Director of the Library.

Ben received the State University of New York Chancellor’s Award for Excellence in Librarianship in 2006. He is a former chair of the SLA (Special Libraries Association) Chemistry Division. He received his bachelor’s in Chemistry from Bloomsburg University and his master’s in Library & Information Science from Drexel University.